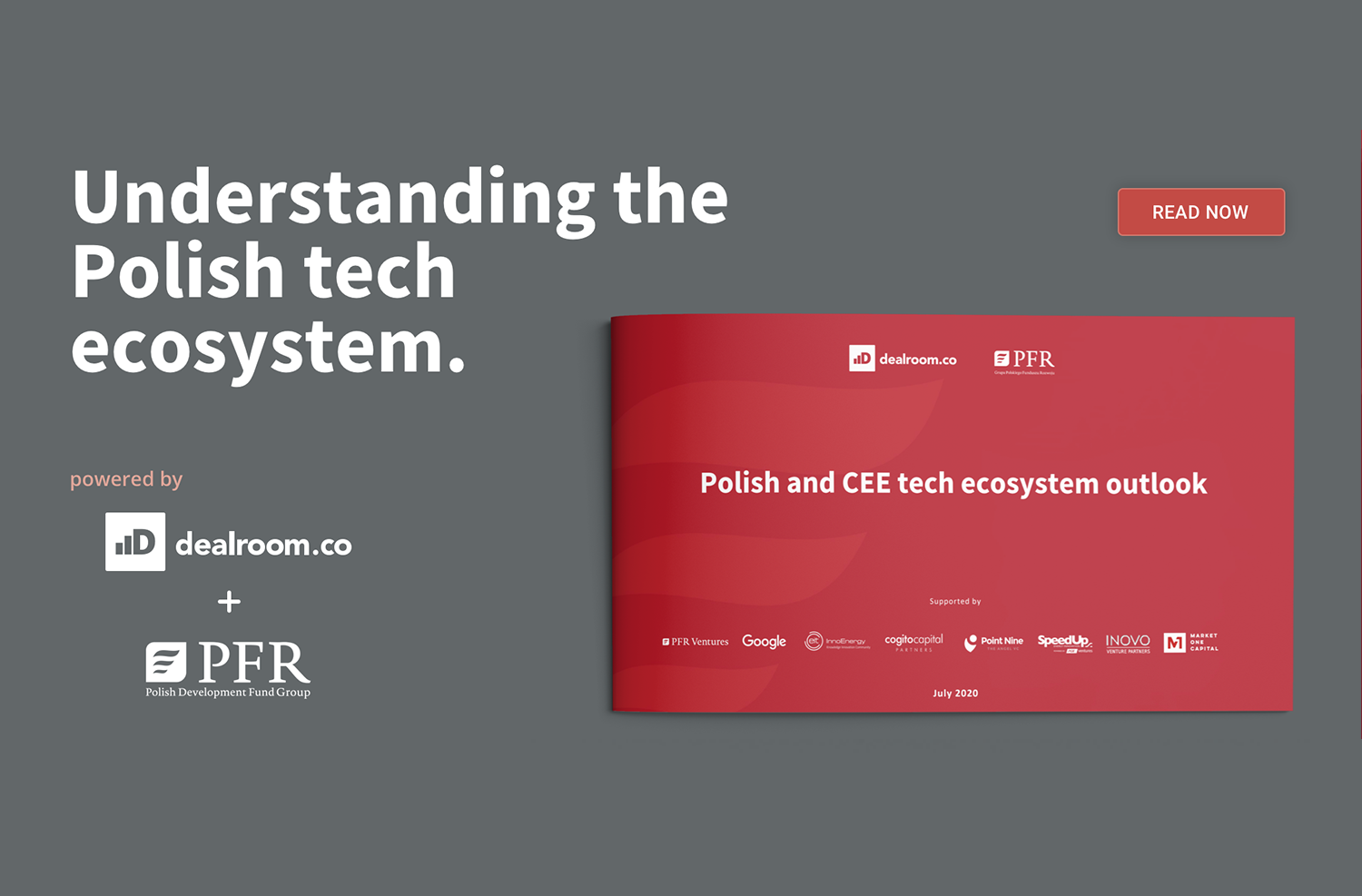 There are already over 2200 start-ups and nearly 100 active Venture Capital (VC) funds operating in Poland, and the value of their investments amounts to as much as PLN 1.2 billion annually. According to the report drawn up by Dealroom and the Polish Development Fund, Poland is ranked first in Central and Eastern Europe in terms of the number of funding rounds and second in terms of the value of VC investments, and has become one of the world leaders in terms of the number and qualifications of programmers, overtaking, inter alia: Switzerland, Japan, Taiwan or France.

2019 turned out to be a record year in terms of VC investments. Over PLN 1.2 billion was allocated to Polish innovative companies. However, we are still a relatively small market. From 2015 to 2019, as a CEE region, we grew almost five fold, which translated into a rise from USD 0.3 to 1.8 billion. By comparison, doubled growth in the UK secured an additional USD 6.5 billion.

One of the PFR priorities is to strengthen the innovation ecosystem. We focus on access to funding via more than 30 VC funds and activities in the area of human capital, such as the PFR Innovation Designers Program, the PFR School of Pioneers  and the Central House of Technology
Paweł Borys, President of PFR

In the CEE region, we stand out in terms of the number of funding rounds we have completed. Since 2013 there have been more than 820 of them. It is mostly seed capital, which usually goes to companies at the very take-off. That is why, in terms of the amount of invested funds, we rank second.

Definitely in Poland, among the companies established after 2000, we lack the very first unicorn, which would attract more capital from international funds. Such a scenario was implemented in Estonia, where the magnet is, inter alia, Bolt and in Romania, where UIPath comes from. To ensure a better and transparent access to information about Polish start-ups and VC investments, a map of the Polish innovation ecosystem on startup.pfr.pl website was developed in cooperation with dealroom.co.
Eliza Kruczkowska, Director of the Innovation Development Department at PFR

In 2019, the so-called mega rounds were also recorded in Poland: DocPlanner raised nearly PLN 350 million, while Brainly and Books each raised ca. PLN 115 million. All of the companies were financed with international funds. In 2019, 69% of the funding rounds included foreign capital.

In recent years the activity of international funds on our market has been increasing. They provide capital not only in high rounds for several dozen or several hundred million zlotys. We observe that they also decide to invest smaller amounts in developing companies at an early stage. This confirms the potential of human capital that distinguishes us in the region.
Aleksander Mokrzycki, Vice-President of PFR Ventures

According to the Dealroom database, the most valuable start-up from the Polish ecosystem is DocPlanner, whose valuation reaches a range of USD 300-500 million. Brainly and Books come in the range of USD 100-200 million.

It is only a matter of time when the unicorn shows up in Poland. It may happen sometime this year even. In the long run, I see even more potential nominees to this title.
Yoram Wijngaarde, founder of dealroom.co

The high potential of the Polish innovation market is also influenced by educated engineering staff - it is Poland that leads both in the region and worldwide in terms of the number and qualifications of programmers. This also translates into the fact that we have a much greater concentration of companies and start-ups developing commercial software compared to the entire European Union.

The provider of data for the report is Dealroom, which together with PFR launched a digital map of Polish innovation ecosystem on startup.pfr.pl website. The map has been continuously updated and innovative companies and VC funds are encouraged to complete data on their companies and transactions.