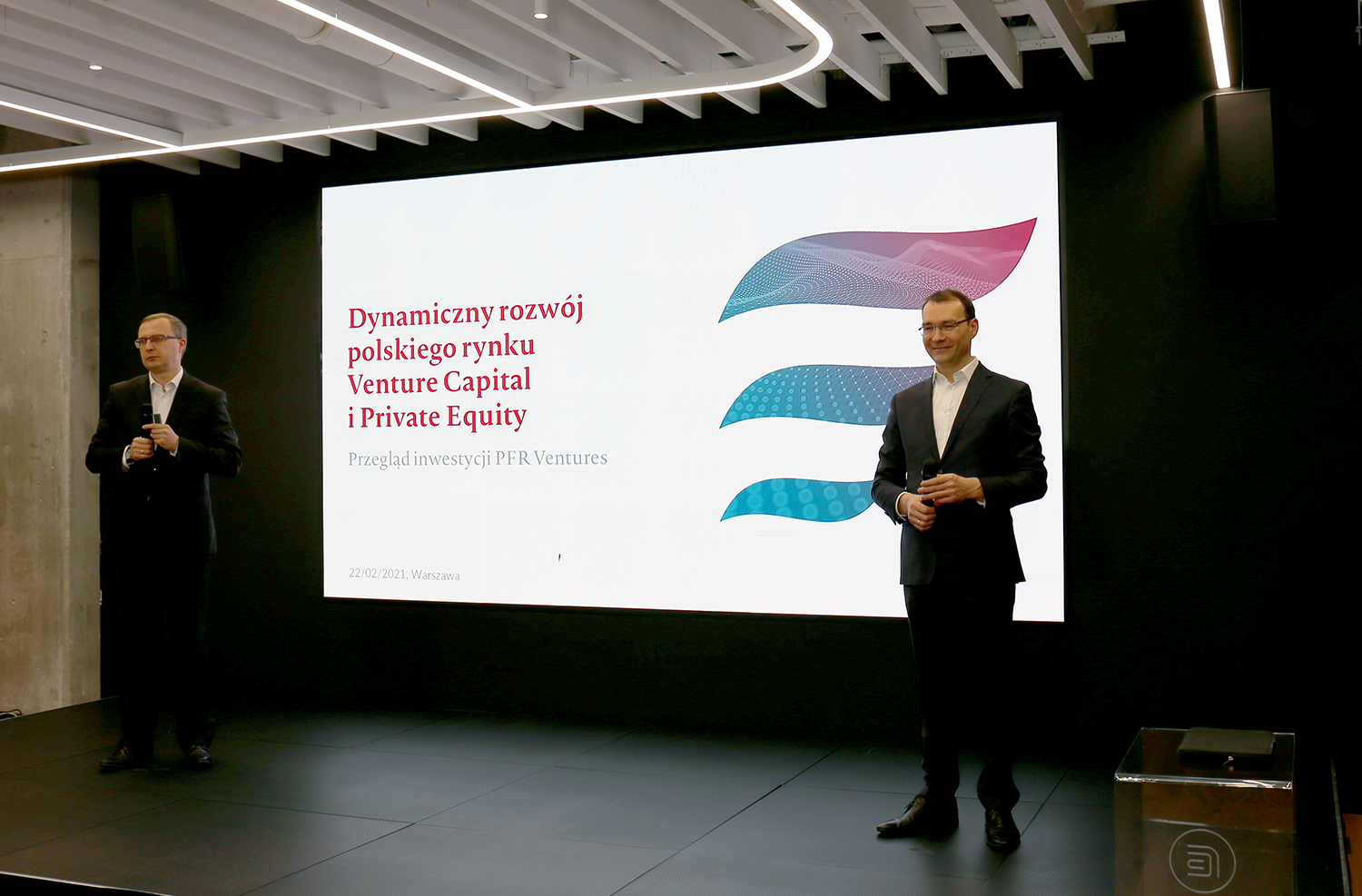 PFR Ventures has invested in 59 Venture Capital and Private Equity funds. In total, they have provided support to almost 400 enterprises. PLN 1.3 billion has been allocated to some innovative, young start-ups while PLN 2.3 billion is the amount of financing ensured for mature business entities.

PFR Ventures manages seven funds of funds as part of which it invests in Venture Capital (VC) funds and Private Equity (PE) funds. During the last 3 years, monies have been allocated to 34 new VC and 7 PE teams. On top of that, PFR Ventures has got 18 VC funds from the National Capital Fund (Pol: Krajowy Fundusz Kapitałowy) (currently: PFR KFK) in its portfolio. They are now at the stage of “exit paths”, that is, they are exiting from the companies in which they invested before.

Poland is the leader of investments in start-ups and technological companies in the CEE region. The Polish Development Fund, right next to EBOR or British Business Bank, has become a vital institutional investor on the Venture Capital and Private Equity funds market. We cooperate with the best managing teams both locally and world-wide, thanks to this young Polish companies may count on the capital linked with an expertise for business development on an international scale

– says Paweł Borys, the President of the Polish Development Fund.

41 new teams, in which PFR Ventures has invested, had been selected on the basis of 335 submitted offers. 14 of them are international funds where at least one of the managing partners is a person with experience from abroad. PFR Ventures has made 8 parallel investments with the European Investment Fund (EIF), 6 with the European Bank for Reconstruction and Development (EBRD) and 1 with British Business Bank. Among other investors in the abovementioned funds, you will also find some European, American and Asiatic pension funds.

During the last 3 years, we have been promoted from a local, unexperienced player to the league where we can invest hand in hand with the best. We attract the attention of the teams which see a potential in Polish, innovative companies. The last 2 years were cutting-edge years for the Polish VC market thanks to our teams, among others. We have launched the first professional platform providing monies to PE funds, too

The Polish eco-system of innovativeness is being actively monitored by 34 VC teams. They have already made 150 investments using 25% of their monies. Almost a quarter of those companies is engaged in creating software for corporations (Enterprise Software) while 10% deals with marketing or innovations in the financial sector (FinTech).

Young entrepreneurs may also experience much more stability in the field of VC availability. Since 2019 a number of transactions has been growing steadily - it is no longer of surge-like nature from the years 2015-2018.

PFR Ventures has already invested in seven PE funds, including four new ones. The recent agreements have been signed with international teams which are ranked among the best ones in the world. These include: the British Apax Partners, the French PAI Partners and the third entity to be disclosed at some later date. PFR Ventures has also invested in the Polish Avallon MBO fund.

Today the portfolio of PFR Ventures comprises 7 PE teams. In 2021, subsequent investments are going to be announced.

PFR KFK funds have already exited from as many as 86 out of 212 investments made. The average cash-on-cash ratio for those transactions was 1.4x. Among top 10 most profitable “exit paths” this ratio fluctuated from 2.8x to 34.8x.

In the incoming months, PFR Ventures intends to announce a new scheme for VC and PE funds. Additionally, works on increasing capitalisation for existing schemes are underway. PFR Ventures has some plans related to the investments by Polish old-age pensioners into alternative classes of assets.

The PFR Ventures monies originate from the schemes implemented by the European Union, the Swiss Fund, the Polish Development Fund and the Ministry of Economy.